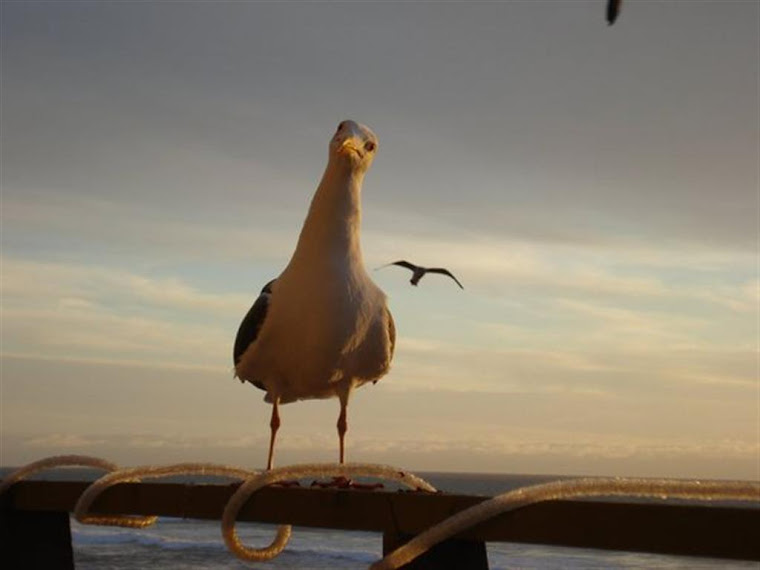 I thought this was going to be more of a fiction novel than a romance. It was still an interesting read, but the queen's (Isolde's mom) character seemed forced and I didn't understand how Tristan had a sword and shield available when the tournament happened if he had come to the island ill and dressed like a Pilgrim. The story seemed to never end, but I can' understand it was being set up as a trilogy...and I have decided to read all three. :)
Posted by bookbum at 10:28 PM No comments:

An interesting story again dealing with science. A company learns how to shrink objects, and then people, to approximately one inch. At first they intended to use the technology to send people out into the jungles of Hawaii to find new medicines, but then the founder gets greedy there is some question on if he stole the blueprints from another company he had worked for previously. People start disappearing. When I started reading I was afraid it was going to be similar to "Honey I shrunk the kids", but it wasn't a comedy. I was surprised on how many and which characters died. This story was good at pointing out how people you don't like seem to evolve into something pleasant once you get to know them. An enjoyable read, but I was still baffled on how there was a waterfall in the mud puddle they swam in.
Posted by bookbum at 7:00 AM No comments:

After reading Fahrenheit 451, I decided to reread this story as well. I thought the section where Winston is reading the brotherhood's book was long and slow not to mention repetitive. Knowing what happens, the story was filled with moments of- NO don't do that! and was a depressing read. At least the first time I read it there was a possibility of a happy ending, there was hope. I did find the idea of three countries interesting especially that Oceania was so separated, the Americas, South Africa, Australia, and Britain. I would think that would be hard to protect across so many oceans. I was also interested in the idea of three social classes and how they evolve into one party and separate again. I had forgotten that he was left to live, if you can call his wandering state living, for some reason I thought he became an "unperson".
Posted by bookbum at 8:19 PM No comments:

I love the voice in her books. This story was a sequel to Chocolat. Vivianne goes back to the town in Chocolat after receiving a posthumous letter from a friend. She finds town has changed. Middle Easterners have moved into the part of town the "river rats" used to inhabit. The Priest was accused of setting fire to one of the new women's home and had become an outcast. The story seemed forced, the turmoil was between the Muslims and the French townsmen and was different than her other stories in that I didn't really get into the story. I did find out there are two of her stories that I don't remember reading, so I am looking for those now...
Posted by bookbum at 6:20 PM No comments:

I had read this as a child and decided to read it again to refresh my memory. I had forgotten most of the happenings of the book, merging them with 1984 and The Giver. I had forgotten that his wife Mildred turned him in and that the neighbor girl was killed by a car. The ending was new to me. I thought the teacher he had met was killed and I had forgotten the robot dog chasing him and he meeting with a pack of hobo teachers in the end. I was confused about the war. Who they were fighting against and who exactly bombed his town. I also don't think I realized when I was little that his wife did him a favor by turning him in for having forbidden books because it got him out of the town which saved his life. Reading this book as an adult made me think about the evolution of children's books, today most child and teen books have main characters that are around the same age as the target audience. This story followed an adult's life. It was still a great book for an adult and I enjoyed it all over again.
Posted by bookbum at 9:41 PM No comments:

When Starting this book I kept thinking about how similar it was to Star Wars, after doing some research I realized it was written over 10 years before Star Wars. A family gets "relocated" from their planet to another desert one by order of the emperor. I don't know if I missed why this happened, but I didn't understand this throughout the book, anyway the Baron that had previously ruled the planet killed the duke.The duke's son and concubine were assumed dead, but actually sought refuge with the natives. The son gains power, realizes he had super human powers and his arrival had been prophesied. He seeks revenge and marries the emperor's daughter to ensure peace throughout the galaxy. There are large worms that get ridden and too many references to there being limited water on the planet. My husband really liked the book and it seemed geared towards young boys. It was still entertaining though.
Posted by bookbum at 9:31 PM No comments:

Terror in the Name of God; Why Religious Militants Kill: Jessica Stern

Another interesting book about terrorism, read one book you like and it leads you to more! I liked a lot of the statements in this book. It was definitely one that I mused over taking notes. "Male children raised in cultures of violence are more likely to become delinquents or violent criminals. Not surprisingly, many of the terrorists described in this book grew up in failed or failing states where violence was commonplace." It was odd to me to see abolitionist classified as terrorist, since they were doing what was morally right, but I guess doing it by violent means created that classification. "For these reasons, Lincoln supported punishing the terrorist abolitionist, even though he concurred entirely with their cause."
"Writing this book has helped me to understand that religion is a kind of technology. It is terribly seductive in its ability to soothe and explain, but it is also dangerous. Convents such as the one I visited as a child may make good people better, but they don't necessarily make bad people good. They might make bad people worse." "What is so deeply painful about terrorism is that our enemies, whom we see as evil, view themselves as saints and martyrs." "attacks sometimes have more to do with rousing troops than terrorizing the victims. Bin Laden, for example, appears to believe that spectacular attacks made him more appealing to his followers. In his words, people follow the strong horse, and abandon the weak one."
The chapters talk about cults in America, The Middle East- Hamas as well as other organizations, the jihad in the Philippines, the radical right Jewish Groups, and the anti-abortionists who kill doctors.
I thought the fourth chapter where one of the people Stern interviewed was insightful when they started discussing the United States. His point of view was "Americans think they've succeeded in using the Internet to occupy the whole world. They're mistaken. Some people use the Internet to promote the most extreme fringes of Islam, using the tools that America gave them. and other people use the Internet to promote the most vicious neo-Nazi ideology." "There's nothing left of what America used to be...In America, People have no education, no religion. They play with computers, television, pop music.These people have no values to fight for. This is the way fascism is created psychologically. First by absence of values. Then by accepting violence."  He goes on to say "America emphasizes the individual to the extent that the individual becomes nobody." I see a lot of truth in these statements. Internet has allowed hate groups to bond with other hate groups in other countries with relative ease. The statement about American people having no values, is also becoming true, and no pride, I am from an area of the country where people move across the river because one state offers higher welfare benefits and more children equals more money. (OK I am getting off my soapbox now- back to the book) It was very well written and insightful. She was risking her life interviewing like she did, but brought back such interesting material.
Posted by bookbum at 6:49 PM No comments:

A book warning about the evilness of patenting Genes. At the end it talked about SARS and how scientific research was halted because they didn't know who owned the patent three people/companies were claiming it. I loved the transgenic animals (animals with added human genes) especially the talking parrot. I also like how this book has multiple important characters who all seem to come together at the end with different stories of genetic issues and where the future may be headed. It is hard to summarize this book because so much goes on and there are so many characters, many of them swindlers and thieves.
Posted by bookbum at 9:58 PM No comments: